Diemut, when did your interest in art and science begin?

I was born in Berlin and have lived in many different European places until I went to the United States. I studied art with a master degree, and western philosophy for a few semesters. I have lived in Genova for many years, and I love Italy, its lifestyle and language. Italy has been very inspiring for me, since it’s there that my interest to intertwine art and science began. I started out with a genetic engineering project on plants, on which I am still working with a researcher in Sweden: in the garden of my house in Genoa Nervi, I made several interesting experiments until I thought I should use science to engineer and realize my artistic vision, which was otherwise not possible to accomplish. This was the crucial moment that switched my whole idea of how to approach the arts.

At MIT you contributed to the discovery of the darkest material existing on earth. What fascinates you most in the ultimate black?

For any visual artist color is a substantial means of artistic expression. Ad Rheinhardt once said: “There is a black which is old and a black which is fresh. Lustrous black and dull black, black in sunlight and black in shadow”. He was obsessed with the color black and there have been before him radical experiments such as Malevich’s Black Square that formulated an extreme aesthetic statement on form and color in their own right.

On blackness I came from a different direction. To me, the main trigger has been the idea of the unification of the most extreme opposites in exposure to light. It was indeed this idea that caught my imagination in the very first place, when I read about the allotropes of carbon (diamond and the nanotubes used for the ultimate-black coating are made of the same element, carbon, and when an element exists in more than one crystalline form, those forms are called allotropes). One could see the project as a contemporary take on Heraclitus ideas on the opposite extremes united as “the way up is the way down”. He might have liked the project, since he was obsessed with this principle, as a first cause to the harmony of the cosmos.

You are an artist who finds inspiration in science and closely works with scientists. What does science represent for you?

In the process of civilization, the increasing dominance of the technological world in the scientific age has to some extent, and for the time being, replaced the natural surrounding (looming climate change shows us the limits of this state). One could say we live in a matrix of technological applications of increasing complexity. They are based on scientific concepts. These concepts and applications are ranging from social media and instant communication to the increasing potentials of AI and even to the ability to bioengineer our own “hardware”. We design our physical states for example by engineering mRNA vaccines or by controlling the roots of diseases on the molecular level. Instant communication shape our professional and personal social structure and even our intimate relationships.

From the artist perspective, the work on the intersection of art and science is able to involve even highly specialized science into the social and aesthetic discourse. Focused on the advanced science of our era, I feel compelled to reaffirm the Romantic paradigm of “the new”, as well as the role of avant-garde art of the radical experiments of Classical Modern Art throughout the medium itself and its combination with the arts.

There are some very interesting aspects defining the discrepancy of art and science and defining each other at the same time. Science declines colors, smell, sound – which are the most profound aesthetic means – as having no ontological existence on their own right on any fundamental level. Science in this sense implicitly renders and outlines the “shining appearance” of the arts as illusionary and essentially false. Even what we call reality, time and space are turning out to be very elusive concepts in any current physical description. Science offers powerful theories that allow future prediction and profound understanding of the cosmos. But it shows at the same time the limitations in our understanding capacities.

Both contemporary art and science present an alien picture of the world in respect to our common sense. In many ways scientific concepts as in relativity or quantum mechanics are much more extreme than any imagination had potentially ever taken us. Perhaps this is after all what fascinates me most.

What are the topics that you find more inspiring?

Truly everything can be inspiring! You can start with Danone yoghurts and you end up discovering the so called guide Rna, “sgRNA“ and the cutting protein Cas9, which identifies where and how to cut a genetic sequence with utmost precision on any desired spot to edit a Dna sequence aligned to any desired objective in principle.

Personally, I have a strong interest for physics, in particular for relativity and quantum mechanics. One particular reason for this is that the biggest and most challenging philosophical questions have shifted from philosophy to physics.

The Prayer is an art-installation by Diemut Strebe that tries to explore the supernatural through artificial intelligence (AI) with a long-term experimental set up. The machine generates prayers that are not prerecorded, but are generated by the AI. The work has been presented in the show Neurons, Simulated Intelligence at Centre Pompidou, Paris in 2020 (D. Strebe).

Do you think that art can inspire science as well? How?

Of course, but this is increasingly difficult. I would say most seldom a Nature paper is triggered through an artistic concept.

In the Renaissance there has been a vivid exchange from the arts to the sciences, but science has been much less specialized than now and many tasks as documenting the anatomy of the human body or how to present the 3D structure of a space on a 2D surface through perspective means, needed drawing abilities, depicting nature faithfully.

At least from the 18th century on, art and science have been seen as profoundly opposing each other. The influence is mostly directed from the sciences into the arts. Technological invention has shaped this relationship as fundamental. Think about the role of photography or the invention of synthetic colors. Only in advanced physics maybe and math it seems that aesthetic features as “the simple and elegant equation” is tied to efficiency and truth values.

I was lucky to indeed inspire a scientific discovery in my artwork The Redemption of Vanity, through my collaboration with MIT. This work presents a 16.78 carat natural yellow diamond (Fancy Vivid Yellow SI1, Radiant shape, value $ 2.000.000,-) the most brilliant material on Earth covered with carbon nanotubes, the most light absorptive material (the blackest black on earth), which makes the diamond seem to disappear. The literal devaluation of a 2 million dollar diamond can be seen as a challenge to the art market and a statement on the arts by means of an aesthetic asceticism. 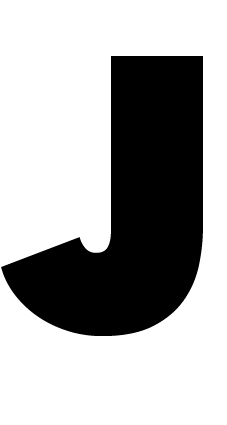 This website uses cookies to improve your experience while you navigate through the website. Out of these, the cookies that are categorized as necessary are stored on your browser as they are essential for the working of basic functionalities of the website. We also use third-party cookies that help us analyze and understand how you use this website. These cookies will be stored in your browser only with your consent. You also have the option to opt-out of these cookies. But opting out of some of these cookies may affect your browsing experience.
Necessary Sempre abilitato
Necessary cookies are absolutely essential for the website to function properly. This category only includes cookies that ensures basic functionalities and security features of the website. These cookies do not store any personal information.
Functional
Functional cookies help to perform certain functionalities like sharing the content of the website on social media platforms, collect feedbacks, and other third-party features.
Performance
Performance cookies are used to understand and analyze the key performance indexes of the website which helps in delivering a better user experience for the visitors.
Analytics
Analytical cookies are used to understand how visitors interact with the website. These cookies help provide information on metrics the number of visitors, bounce rate, traffic source, etc.
Advertisement
Advertisement cookies are used to provide visitors with relevant ads and marketing campaigns. These cookies track visitors across websites and collect information to provide customized ads.
Others
Other uncategorized cookies are those that are being analyzed and have not been classified into a category as yet.
ACCETTA E SALVA